← Business as un-usual
Getting to know you → 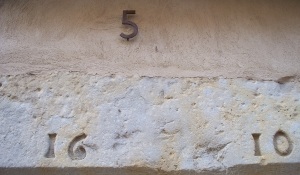 The plumber was here the other morning and a bit before noon said that he would be back around 3 o’clock. I told him that was fine since we had to go into town and he then asked if he should come back later. My thoughts were “No, 3 hours is plenty of time and besides, I’m sure that you want to finish the job today” but all I said out loud was “That’s fine.” About an hour and a half later we were surprised to see him pull up in front of the house where our clock said that it was only 1:15 PM. Why had he come back so early? 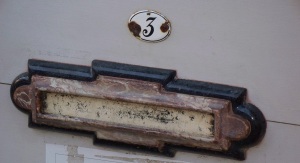 This 3 has seen lots of years of weather

The truth is that he was right on time considering that he’d said treize heure (13:00) but in my mind’s eye I saw 3:00 even though I knew that time here generally follows the 24-hour clock. We had done slightly better the week before when a neighbor invited us to dinner that was going to start at 7:00 PM…or he might have said 7:30, so we showed up at 7:15 and that seemed to work.

When we’re shopping at a grocery store it’s pretty easy since the cash register display is right there in front of us with the numbers visible. At the market, though, it’s a completely different story. After we’ve picked out the various fruits and vegetables we want for the day and then hand them in to be weighed, we try to position ourselves right in front of the scale so that we can get a general idea of what to expect. That’s not always simple, especially on the crowded Saturday market, so the vendors who recognize us often print out a receipt to give us so that when they say the euro amount we see it in print as well. Learn by doing. 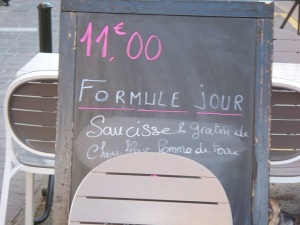 Phone numbers present another challenge. They are given in groups of two so with a literal translation you might hear someone say “Call me at zero six, sixty ten nine, four twenty two, sixty three, four twenty fourteen, ….” It all has to do with 70 through 79 equalling 60 plus 10 through 19 and in a similar fashion with 90 through 99. There’s logic but it’s probably just easier to memorize everything or just skip from 69 right to 100.

When watching television we find it much easier to understand what’s being said if we can read the words as they are being spoken, so we always have French language closed captions turned on. You would think, therefore, that written numbers would be a breeze but even they sometimes are intriguing. The numbers one and seven are written differently from what we are used to so the first time I saw the menu board that you see here, I was surprised that a sidewalk café meal would be advertised for 77 euros. You’ve probably guessed that the number one, especially when it’s handwritten, typically has a tail at the top that often extends all the way down to the base. To see how to distinguish between a one and a seven, take a look at this interesting iron door that has what I think of as a regular 7 on the right and then on the left the European 7 with a line through the center just to avoid any confusion. Maybe they get a lot of American visitors. 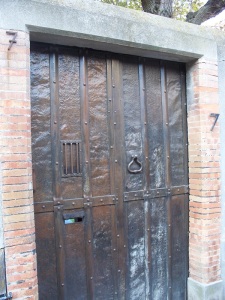 Two types of 7, just in case

Posted on January 18, 2017, in Life in France and tagged Americans in Carcassonne, France, Housing. Bookmark the permalink. 2 Comments.