Where not to go

A program I remember from American TV was called What Not to Wear and featured 2 fashion experts who helped sometimes unwilling contestants update their wardrobes. The show always began by throwing out practically everything from someone’s closet and then counseling them on how to make wise buying decisions at selected clothing stores accompanied by 5000 dollars to put their new skills into practice. In that same vein, there was a popular series of books based on the premise of What Not to Eat; eat this but not that. Another book could have been called What Not to Do because it gave advice to US travelers about questions to avoid asking or gestures not to make, for example, when conducting business overseas. It was no surprise, then, to read an article earlier this year that might have been entitled A Dozen Places Not to Visit This Year.

With the prime 2-month summer vacation season in France about to begin, this seemed like a timely topic. Generally speaking, half of the country has a holiday in July and the other half in August, with everyone meeting up on the highways, airports, and train stations at the same time on the change-over day, not unlike the Wednesday before Thanksgiving in the US. So where in Europe were travelers advised not to go on this list compiled by a prominent cable news network?

The Eiffel Tower sparkles at night

Cited high on the list was Venice, because like most of the other 11 included destinations for overcrowding and exorbitant prices. By coincidence, this article was published at the same time that some Japanese visitors to this city of canals made the news for complaining about a steak dinner for 4 that cost them over 1300 dollars while 3 other members of their tour group paid 440 dollars for 3 plates of pasta. Just as  that fashion makeover television program gave advice about more appropriate clothing, alternative travel suggestions were provided for each destination to avoid. We were pleasantly surprised to see the beautiful French city of Annecy proposed as an alternative to Venice for its picturesque lake, many canals, and historic buildings while enjoying reasonable crowds and prices.

Also on the list for Italy is Cinque Terra where masses of cruise ship passengers overrun the precarious pathways to the point of causing landslides. Our neighbor to the south, Spain, has Barcelona where local residents have held protests saying that short-term apartment rentals to tourists have made their own housing unaffordable. Valencia is given as a choice that provides both food and culture without the noise and crowds. Cruise ships were mentioned a second time when talking about Santorini, Greece where the mayor has recently limited the number of passengers to 8000 per day.

Long in our thoughts of places to visit has been Dubrovnik, Croatia but we will have to carefully choose when and where we go. Only 4000 people daily are now allowed on the city’s ramparts made famous by Game of Thrones, after over 10,000 visited there in one day. The nearby town of Cavet with its pretty town center and empty beaches could be a wise choice. I’ll put a link at the bottom of this post to the original article that also included the Taj Mahal, Machu Picchu, the Galapagos islands and even Scotland’s Isle of Skye.

So, if those are destinations we can’t go to, where CAN we go? How about France that remains the most visited country in the world? A website that we’ve used for many of our trips since we moved here is called Planetware and I’ll put a link to their list of the 15 best French destinations to visit. Naturally Carcassonne is in good company with the Eiffel Tower, the Louvre, and Mont St-Michel. We’ll be waiting for you!

Places to visit in France: http://www.planetware.com/tourist-attractions/france-f.htm 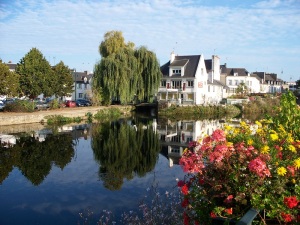 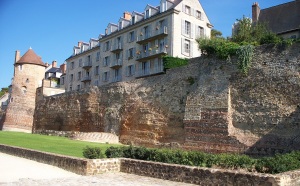 Posted on June 10, 2018, in Life in France, Travel in France & beyond and tagged Americans in Carcassonne, France. Bookmark the permalink. 2 Comments.